The Ranting Reviewer does not get paid or receive any revenue from manufacturers or retailers of products reviewed. I occasionally receive products that I am asked to use and see what I think. I take a look, try them out and tell you all about them.

The other day I received some really cool things from Himalayan Chef to try out. The first was one of their Himalayan Salt Plates. 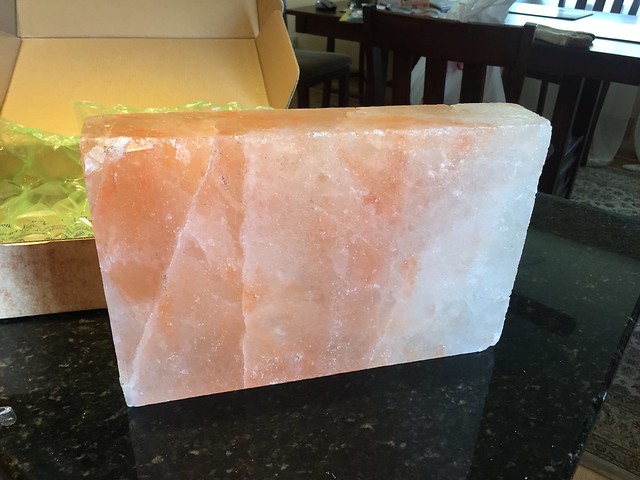 Now if you haven’t seen these before, they are really starting to gain in popularity. It is one large, smooth hunk of pink salt. Mined from the Khewra salt mine in Pakistan, which has been in operation for over 2300 years, each block contains 84 different minerals which supposedly aids in digestion. 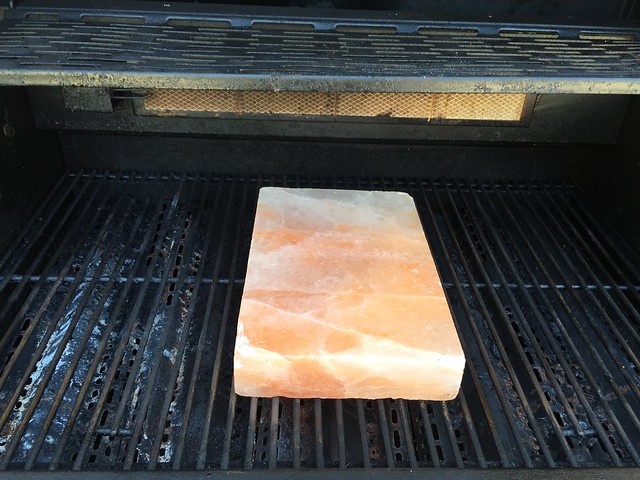 One of the critical things to remember in salt block cooking is that this big hunk of salt is a solid, which means it takes a while for heat to completely permeate the block. This means you need to heat the block slowly because if you don’t it will crack. Here I put it on the middle of my grill. I turned on the two side burners on low and over the course of 20 minutes slowly turned them up to high and turned on the burner under the block. Once hot, it was time to cook. 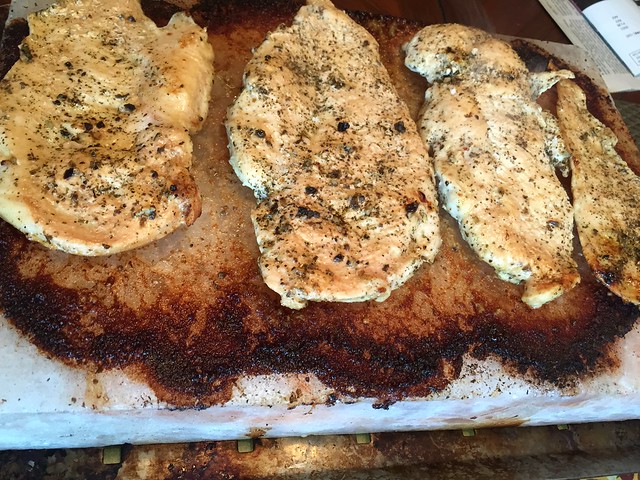 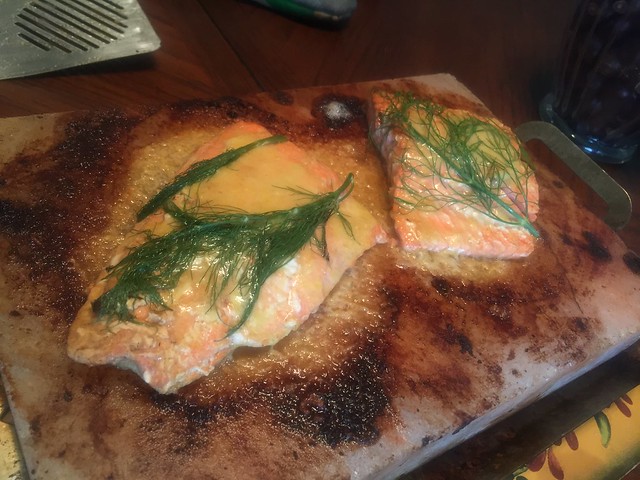 Here I did the same with salmon. When done, the block takes a while to cool off. To clean up the salt block, you simply rinse off any baked on food. As the salt block naturally has anti-microbial properties, it is safe to use forever. 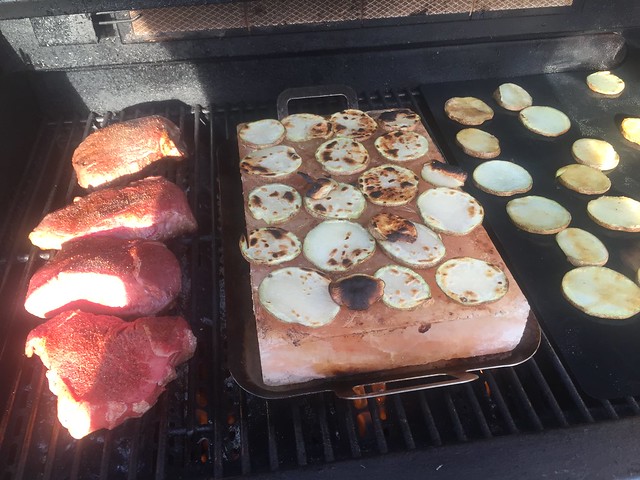 The block works very well for vegetables as well. Here I added some thinly sliced potatoes. They picked up a great salt flavor. 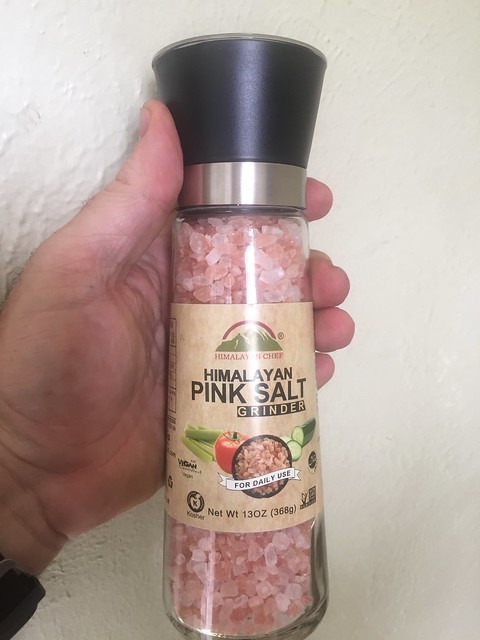 Also sent was a Himalayan Pink Salt Grinder. Filled with the same pink salt as the block, it is an opportunity to try the salt a little more directly. 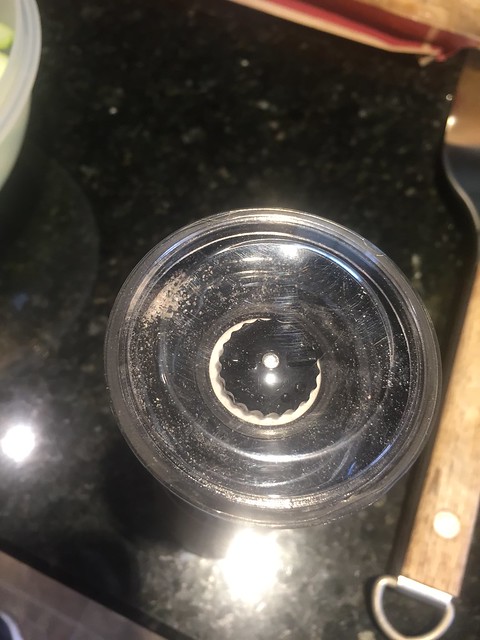 If I am just grinding salt over my food to taste the grinder works just as expected. The problem with many grinders is that if you need a specific amount of salt for a recipe, the grinder just spreads it around without measurement. Unlike most grinders I’ve seen, this one has a clear plastic cover. 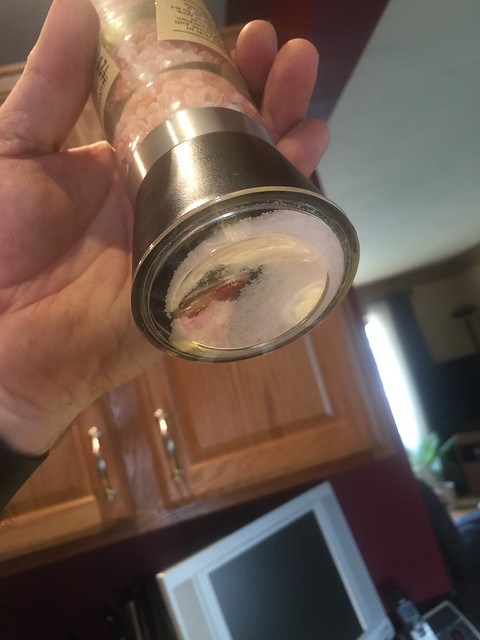 Here I ground the teaspoon of salt I needed for a recipe with the cover on to make it easier to measure. 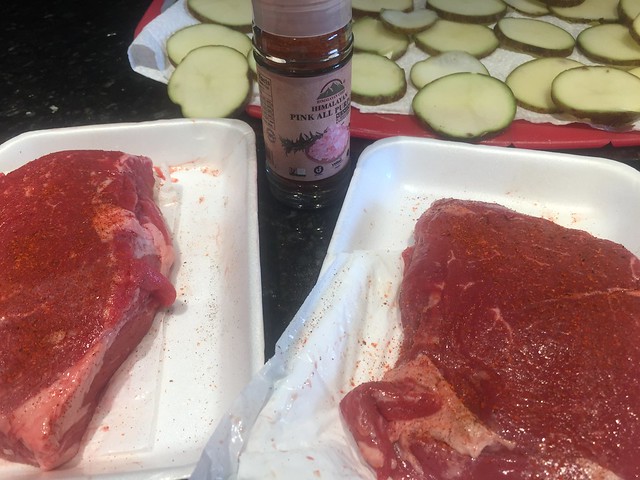 The last thing that was in the box was some Himalayan Pink All Purpose Seasoning Salt which contains ground pink salt with a number of other seasonings. I decided to season these steaks. 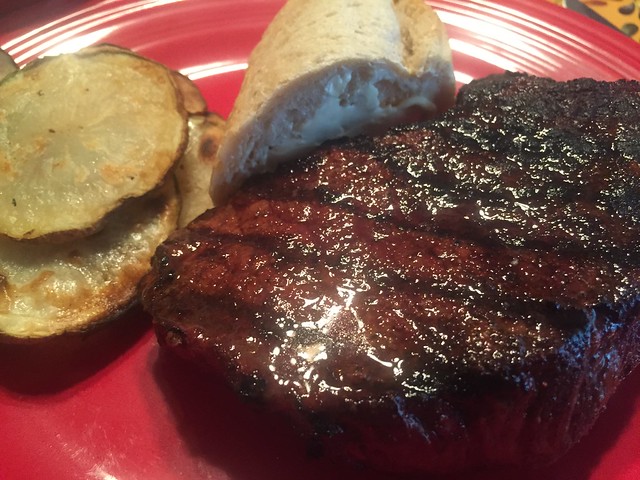 My Take: I’ve been seeing salt blocks for several years now and have been really interested in trying one out. I really thank the folks at Himalayan Chef for giving me the opportunity to try their Himalayan Salt Plate. First off, cooking with the Himalayan Salt Plate is a unique experience. Let’s be honest, it is just really cool to cook on a big block of salt. It is a great conversation piece when entertaining and looks great on the table when you serve on it (keep in mind the block will remain very hot for some period of time after using it to cook). Cooking on the block is both a flavorful and healthy way to cook. Easily used in the oven, on the grill or even the stove, it is a versatile piece. Eliminating the need for transferring cooked food to a cutting board, you can cut right on the hard block.

The Himalayan Pink Salt Grinder is an easy way to deliver pink salt to all sorts of dishes, whether you grind it right on your food or use it in cooking. The Himalayan Pink All Purpose Seasoning Salt is a flavorful combination of spices that really elevate the taste of your food. Check out all of these great products, and more, at Himalayan Chef.

This site uses Akismet to reduce spam. Learn how your comment data is processed.